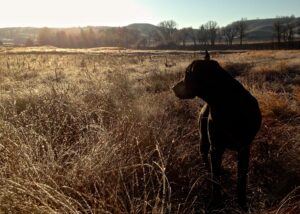 HOW DOES THE COURT DECIDE WHETHER TO CHANGE CUSTODY?

*As of August 1, 2009, “child custody” was relabeled and is now called “primary residential responsibility.”

A parent asking for a custody modification of a court order to change custody/ primary residential responsibility bears the burden of proving there has been a material change in circumstances and the change is necessary for the best interests of the child.

A court may modify a custody order if it has been more than two years since the order was entered, and the court finds:

a. On the basis of facts that have arisen since the prior order or which were unknown to the court at the time of the prior order, a material change has occurred in the circumstances of the child or the parties; and

There are exceptions to the two year limitation if a child has been continuously residing in the non-custodial parent’s care for more than six months and or there are special circumstance where the child is in extreme danger and there is a threat to the child’s physical or mental health.

The best interest factors are:

b. The ability of each parent to assure that the child receives adequate food, clothing, shelter, medical care, and a safe environment.

c. The child’s developmental needs and the ability of each parent to meet those needs, both in the present and in the future.

e. The willingness and ability of each parent to facilitate and encourage a close and continuing relationship between the other parent and the child.

f. The moral fitness of the parents, as that fitness impacts the child.

g. The mental and physical health of the parents, as that health impacts the child.

h. The home, school, and community records of the child and the potential effect of any change.

i. If the court finds by clear and convincing evidence that a child is of sufficient maturity to make a sound judgment, the court may give substantial weight to the preference of the mature child. The court also shall give due consideration to other factors that may have affected the child’s preference, including whether the child’s preference was based on undesirable or improper influences.

k. The interaction and inter-relationship, or the potential for interaction and interrelationship, of the child with any person who resides in, is present, or frequents the household of a parent and who may significantly affect the child’s best interests. The court shall consider that person’s history of inflicting, or tendency to inflict, physical harm, bodily injury, assault, or the fear of physical harm, bodily injury, or assault, on other persons.

l. The making of false allegations not made in good faith, by one parent against the other, of harm to a child.

m. Any other factors considered by the court to be relevant to a particular parental rights and responsibilities dispute.